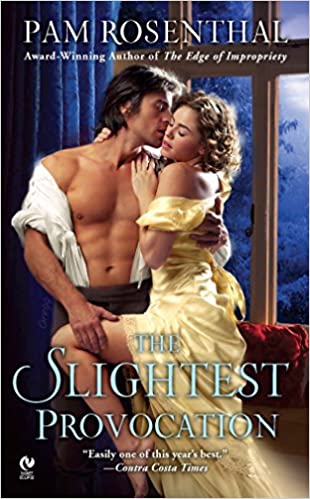 For a couple as proud and contentious as Mary and Kit, a hint of scorn or a whiff of condescension was quite sufficient – for the bonds of trust and honor to dissolve at the slightest provocation.

They came by their intransigence honestly; as the children of feuding Derbyshire landowners, Mary Penley and Kit Stansell had been raised to be enemies. Too willful to be bound by their families’ prejudices, they became secret friends instead – and then much more than friends. When they eloped, they thought they’d left all rancor and rivalry behind them.

But a proper Mayfair marriage wasn’t so easy for the reform-minded daughter of a brewer and the wildly undisciplined son of a marquess – if Kit really was the marquess’s son anyway.

Now, nine years, a legal separation, and a war later – Kit and Mary are thrust together again, as passionate, as stubborn and single-minded, and as ready to hurl themselves (or perhaps the glassware) at each other as ever. Until a vicious political intrigue threatens everything they hold dear… 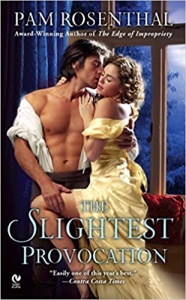 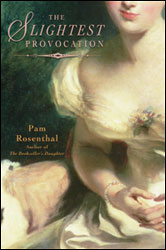 In this excerpt, my married hero and heroine, Kit and Mary (or to be more formal, Lord and Lady Christopher) meet at a country inn after nine years of legal separation. The meeting isn’t quite accidental — and it was certainly not the most prudent move for a couple liable to hurl the good china at each other.

I like to think, however, that the pleasure of the encounter made up for its recklessness, both for the characters and for their reader.

It most definitely was a pleasure for its author to write.

In truth, to do more than simply to look: she’d have to employ all her senses, to encompass the fact of his presence. Her lips trembled, parting to take a deep heady breath of him. As once she’d taken greedy, icy gulps of water from the brook at the border of Rowen and Beechwood Knolls.

He’d taken hold of both her hands. Holding them down at her sides, his own large, strong hands about her wrists. They exchanged a tiny, conspiratorial smile; she gazed serenely upwards, to take his measure.

The curtains stirred in a sweet salt breeze. A serene, temperate night; one wouldn’t guess at the ferocious weather they’d been having just a few hours earlier. The fire burned low and even, its mellow warmth spreading upward around their legs.

Time was when the two of them would fall to sleep like puppies on the floor, in front of just such a low, comfortable fire. Sated by some newly discovered pleasure, exhausted and beguiled by some elaborately contrived private diversion, congratulating themselves on one or another highly athletic position they could almost believe they’d invented. Housemaids and butler would have gone to bed long before, or might even be beginning their workday, if Lord and Lady Christopher had made a really late night of it.

Shaking her hands free of his, she lifted her fingertips to trace the lines of his face: curl of lip, bump at the bridge of a nose broken so many years ago, swoop of eyelid fringed with straight, thick black lashes.

Difficult to cease her explorations, even more difficult to turn away. “I meant it,” she said, “about undoing my stays.”

“I’m quite at your service,” he replied, “but we’ll have to start with your dress, won’t we? Such a sweet pale green… it’s very pretty on you.”

“Pistachio green, it’s called.” Uttered so softly that she doubted he’d heard her.

A ridiculous state of affairs in a civilized nation; how had it come to pass that a lady was unable to get out of her clothes without assistance? If assistance were what you’d call what he was offering.

Her maid Peggy would have had the buttons and hooks undone in a trice. But Kit wasn’t bad at it. (Of course he isn’t bad at it, she reminded herself. It’s not as though he hasn’t unhooked a lady’s dress during the past nine years.) He fumbled now and then, cursing good-humoredly at the dress’s formidable array of hooks. Still, he had marvelously deft hands for a gentleman. When he’d been bored, he’d sometimes amused himself by carving little birds or animals out of wood.

She’d burned all the ones he’d left behind.

His breath, slow and warm on the back of her neck, came more quickly now, a low, cool whistle of triumph at getting through all those fastenings. She glanced sideways at the window, at their reflections against the black night sky. He was grinning, a slightly chipped right front tooth catching a ray of moonlight just an instant before he bent his lips to trace the curve of her nape. The tip of his tongue, rough as a cat’s, began its nimble descent down the bumps at the top of her spine.

Her dress would have slipped down around her if she weren’t holding it up, her hands on her breasts, the chambray falling in uneven folds high around her shins in front, drooping down to the floor behind her, from the V it made, open to the middle of her back.

He’d lowered her shift around the tops of her arms, his lips continuing downward, to her shoulder blades at the verge of her corset.

Her wings, he’d once said. If she’d had fairy wings, they’d have sprouted right there. Like water lilies, from those pads of bone and muscle.

You’re a poet, she’d exclaimed, like Ovid. Don’t tell my brothers, he’d responded so quickly that they’d both laughed at how scandalized he’d sounded.

He must be surprised, she thought, at how primly she was holding the dress about herself. The two of them had been so careless back in Curzon Street. Returning home late at night, you could trace their path through the house by a trail of discarded garments, coat and waistcoat, cloak and lace mantilla… neckcloth and petticoat like snowdrifts on the entryway’s black marble floor.

His hands had crept around her, to grasp hers, prise them open and cause her to loose her hold on the fabric. Oh, all right, she sighed, and so, it seemed, did her gown, expelling a puff of air as it fell to the floor about her feet. Impatient and untidy as she’d ever been, she kicked the heap of cloth out of their way.

He’d cupped her breasts through the stiff fabric of her stays… no, wait, there’d been a sudden loosening, he’d taken a lucky tug at the drawstring; his inquisitive, leisurely fingertips moved closer to her skin, taking the time, she thought, to remember the shape of her nipples, which were stiffening at an alarming rate. Caressing her through her shift, she was wearing an old one; damnable to be so short of clean undergarments: the silk had once been very fine but now it was almost threadbare he could be touching her through a cobweb.

“My stays,” she repeated, in a more temperate voice than she’d have though she could manage. “Please, they’re awfully tight about my waist. The… supper I ate, you know.”

Forcing herself to take a step forward, she put an inch of space between their bodies, to stop him, in any case, from continuing to press himself, in that disreputable, near-irresistible way, against her arse. Arms akimbo, she pushed her hands hard against the sides of her waist, to relieve the tension of her flesh against the laces up her back.

“Ah,” he murmured. His fingers had crept upwards from her breasts, to the shoulder straps, held fast with ribbon. No, not held fast, not now. She wiggled her shoulder blades, but he wouldn’t be distracted from unknotting the strings at her waist.

“Ah yes, the supper you ate. I’d forgotten, no, in truth I’ve never forgotten what a picture you make while you’re enjoying your food. Press a bit harder for a moment, will you, so I can get a little slack on this loop… much better, thanks… do you know, Mary, that watching you eat, I found myself envying the capon?”

She smiled despite herself. “I expect there’s rather a smutty witticism to be made from that.”

“I should have thought you’d have made it by now.”

“But you see,” she told him, “what a staid, well-governed, and circumspect lady I’ve become.”

Or at least a less vulnerable one.

He snorted with laughter, and then took a breath. “Ah, got it, no more need of your help, thank you, Lady Chris…”

But she could already tell that he’d gotten it, by the sudden easing of pressure about her torso, not to speak of the impatient breaths he was drawing while he waited for her to? Well, that was rather the problem, wasn’t it? She’d hoped that this step of her hastily conceived strategy would have become clear to her when the need arose. Though in truth she remained unsure…

But she wasn’t really obliged to do anything, was she?

Even with the laces undone, she could keep her hands at her waistline and hold the garment’s stiff canvas in front of her, as a sort of shield.

Hands firmly planted, she turned to face him. Her voice (she hoped) would issue light and abstracted, as if attentive to other concerns.

“Yes, well, my thanks for your assistance, Lord Christopher. Couldn’t have managed without it, but as I’m sure must be shockingly evident, I’ve had a most tiring day…”

“…and so,” she continued, extremely patiently, as one might address a less-than-intelligent servant, “as I won’t be needing you for anything else tonight…”

You’ve got the advantage, she told herself. Have the courage to use it.

She dropped her hands and let the length of boned canvas tumble to her feet.

“No they’re not,” she informed him (and rather coolly, too, she thought). “They and I as well have weathered the years quite admirably, thank you.” 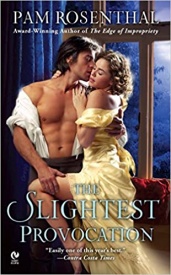