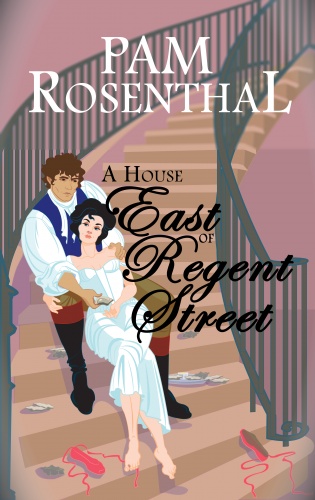 The future looks bright for former sailor Jack Merion. His wartime heroics have won him influential contacts, and his good looks and flair for business are definite assets. With funds to invest, he’s on the brink of financial success in the high-stakes world of Regency London.

And buying the house in Soho Square is a can’t-miss opportunity. Once a fashionable brothel, the property will yield a good income in commercial rents and a clear path to the respectable life Jack has never known.

There’s only one problem – another prospective buyer. With a dark past, a desperate future, and some unmistakable assets of her own, Miss Cléo Myles is a formidable obstacle, one that Jack would be wise to steer clear of.

But instead, he proposes a bargain that’s as scandalous as it is irresistible.

…In a neighborhood that’s seen better days. And a house that’s seen everything except love. 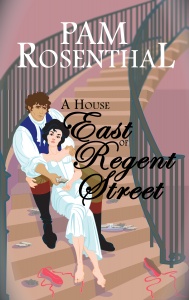 “All right then,” a hint of a smile played about the corner of her mouth. “Would you agree that we’ve established that I am no longer young, that you were a sailor and I was a whore, and that you are rich and I am not?”

“Good,” she told him. “Well, anyway, you’re right that I came here to make a bargain. You’ve got something we want, but luckily… well, turnabout’s fair play, you know. So perhaps now you’ll tell me what I’ll have to do, in return for your granting us a lease on the property you bought today.”

But he’d had enough of playing the buffoon in this comedy.

After all, he was the one with the money. “Quite right, quite right, Miss Myles.

“But I’m sure you’ll be more comfortable if you remove that cloak. It’s very warm in here.”

Pleasant, anyway, to watch the fledgling smile fade from her lips.

She rose, loosened the ties below her chin, and allowed the dark velvet to slide down to the floor around her. Her gown underneath was pale and gauzy – a very fine pearl-gray muslin, piped in that same velvet, and cut very low in the front.

She stood in front of him a little longer than she needed to, before sinking into a sort of mock curtsey at his feet, remaining there long enough to afford him a splendid view of her breasts – firm white flesh, delicate blue veins, even a peek at her darkly sculpted nipples.

(But of course it wasn’t really a curtsey – he’d been mad to imagine a curtsey, even for a moment. She was merely picking up the cloak she’d dropped.)

And having picked it up, she rose quickly, draped the cloak over a slender forearm, and regained her chair, the velvet flowing over her legs, her back straighter even than before.

Carefully, he reached for his brandy. The glass was cold in his hands, the alcohol hot in his throat.

“Yes, well…” It was time to speak, but his tongue felt swollen. He took another sip, rolled it around his mouth, and cleared his throat.

“You’ll meet me at the house at three in the afternoon for the next five days. Beginning tomorrow, that is, of course Tuesday…”

She nodded impatiently, and he slowed his voice, speaking sonorously, emphatically. “Every day up until and including Saturday, a different room each time, I’ll specify which. You’ll do everything I ask. Don’t worry, I’ve no diseases, nothing of that sort. Though I’ve been told I can be rather… demanding. Still, nothing you haven’t, ah, handled, I’m sure.

“And if you do your best to please me – but I’m sure you will, I’m sure you always did – at the end of the week I’ll lease the property to Soulard and wish the two of you all due prosperity of it.”

She nodded. If he’d insulted her, she was doing a masterful job of hiding it.

(And why, he wondered miserably, had he felt obliged to boast? “Demanding” indeed.)

Not only didn’t she seem insulted; she seemed mightily uninterested – except in specifying the terms of their agreement.

“Because of course, Mr. Merion, the rents we could afford to pay you would never make you back the sum you offered Mr. Wilson. But you already know that.”

She fumbled in her reticule, handed him a sheet of figures. He cast his eye over it quickly: the calculations were reasonably accurate, even if lacking in a few fine points of accounting. Jack hadn’t gotten rich by missing the fine points. Still, she – or Soulard, or both of them together – had grasped the general idea.

“Quite right. I’d be renting to you at a loss.”

“A considerable one. And you’re not the sort of man who does business at a loss. Let’s be clear on this, Mr. Merion.”

He narrowed his eyes. “The difference – the loss I’ll absorb – is my fee to you for services rendered. I want to be assured that you will do everything I wish.”

She gave a small, rather Gallic, and very cynical shrug. “If you promise to sign over the lease to us at a rate we can afford,” she told him, “you can have me any way you like. As many times as you may demand, and of course making use of any of the house’s facilities, if you’re pleased to do so.”

A gargoyle smirked at him, from against a dark red wall, somewhere at the edge of his inner vision.

“Any way you like,” she repeated. “Even in those ways that you can’t seem to believe a woman could enjoy.”

Difficult not to gape at her.

“Sorry if I’ve shattered a cherished illusion, Mr. Merion,” she said. “And oh, one more very important consideration. I’ll supply a good, slippery lubricating ointment. Promise me that you’ll use it when the proper time arises. Otherwise we don’t have a bargain.”

“I’ll use it,” he muttered. There ought to be something he could add at this juncture, but he’d be damned if he knew what it might be.

“So we’re agreed,” he said. He reached into his pocket and handed her a key, which she put into her reticule. “Three o’clock tomorrow afternoon, in the front parlor, first story.”

She nodded. “Where normally you’d begin your evening, where you’d go to choose a girl. Yes, of course, quite right. We shall begin in that front parlor. 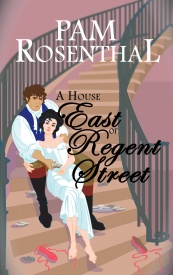