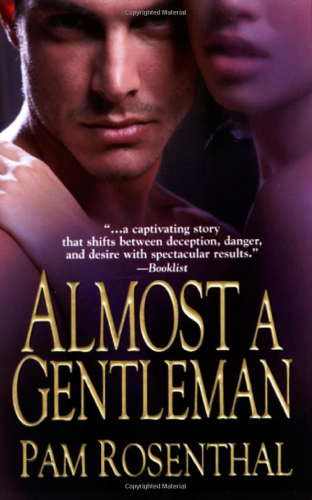 For three years, London’s haute ton has been captivated by the cool elegance of a dandy named Mr. Philip “Phizz” Marston. Tall, refined, an expert gambler with a cold, unerring eye for style, Marston’s lightest comment can blackball a gentleman from society’s most exclusive clubs. But what keeps the ruthless social climbers attuned to his every word and move is something more unsettling…a grace and beauty that leaves women and men alike in a state of unthinkable yearning…

…and a burning gaze that compels David Hervey, Earl of Linseley, to discover the passionate woman beneath the masquerade.

…until every hidden desire is revealed 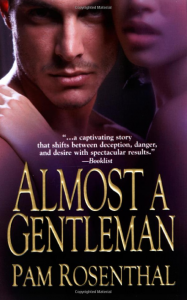 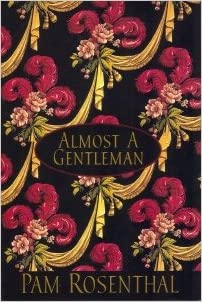 David Hervey, Earl of Linseley, has secretly followed Mr. Phizz Marston, a young dandy to whom he feels unreasoningly attracted, in order to protect Marston against another, less well-intentioned, stalker. He and that stalker have come to blows. David has come out on top, but he still has a lot to learn about “Mr. Marston’s” true identity.

Which excerpt (I hope) brings to mind the question of what love helps.us see.

He supposed he’d have a bit of a black eye by morning, but — he allowed himself a boyish inward grin — it would be nothing compared to the colorful array of bruises that Stokes would be sporting. “Have some refreshment,” he urged the man. He gave Stokes what was left of the cheese, and they passed the ale back and forth companionably.

“Can’t blame a chap for trying to grab yer purse, guv’nor,” Stokes confided as he chewed. “It being so dark and deserted out here, and you wi’ this expensive fast coach and fancy way o’ talkin’. Never expected a gen’lman like you to be a fighter.“”

He wiped crumbs of cheese and foam from his mouth with a bloody sleeve. “But yer right, guv’nor, I never did have the patience to learn much strategy. Usually I scares ’em enough to make ’em forget theirs. Me being so big, you know.”

“Your right jab isn’t bad,” David conceded, “but you don’t put up enough of a defense on the left. I could show you sometime, I suppose . . . .Ah, but I’ve forgotten my manners. Haven’t introduced myself. David Arthur Saint George Hervey, Earl of Linseley, in Lincolnshire.”

“Got a nice ring to it, guv’nor, Linseley of Lincolnshire. And I’m Archie Stokes of Soho, at yer service.”

“Stokes of Soho isn’t bad either.”

“No, it ain’t at that. Don’t suppose there’s another bit of that bread to be ‘ad?”

“Would a leg of chicken do?”

It seemed that it would do nicely.

Stokes tossed the bones out the door and gave a contented grunt followed by an enormous belch. The rain continued to pelt the carriage, though the thunder and lightning had ceased. Too bad I didn’t bring a few cigars, David thought. Nothing like a fine Havana to encourage postprandial confidences on a stormy night.

But Stokes didn’t need a cigar to loosen his tongue.

“Yer a real gen’lman, guv’nor,” he said, “not like some fancy types I could name, like the Nancy boy wot’s hired me to go after this young gen’lman down there in the house.”

“They’s high-strung, see,” Stokes continued. “Scared o’ their reputations and their wives finding out. Always come to me to threaten the other bloke. ‘Stop wiggling that pretty arse of your’n, old chap, or Baron Bunbury promises you a bloody nose.’”

Baron Bunbury, was it? The name was dimly familiar. David might have met the gentleman some years ago. Not a very impressive specimen, he thought.

And as the implications of what Stokes was saying became clearer to him, he felt an embarrassing flush warm his cheeks. He turned his face toward the window to hide his agitation, making a show of keeping careful watch on the house. It was still pitch black outside, though the rain was beginning to slow to a drizzle.

Stokes gave a brief bark of a laugh. “Yeh I know, guv’nor, it ain’t pretty work I do.”

“But are you saying,” David stammered, “that there existed some sort of . . . liaison . . . between Baron Bunbury and Mr. Marston?”

David shifted uncomfortably in his seat. Stokes might be slow-witted, he thought, but eventually he’d come round to wondering what David was doing out here on his own pursuit of Marston.

Stupid, he thought, for me to give my own name. But I could never be cowardly enough to hide it.

“O’ course,” Stokes continued, “I did me own research on the pretty gen’lman down there.”

“Got other en’mies as well. ‘E’s quite the gambler, see.”

“Ye needn’t be proud wi’ Archie Stokes, guv’nor. I take it that’s yer argument with him, you clearly not bein’ no Nancy.”

David hoped the man’s double negative meant what he thought it meant, rather than its strict grammatical construction. Shrugging noncommittally, he endeavored not to betray his relief.

“He’s clever, that Marston,” he offered weakly, “a slippery character in every particular.”

“But we’ll catch ‘im.” Stokes’s big bruised face caught a few early rays from the sun coming over a distant hill. “We make a good team, you and me, guv’nor.”

And like a good team, they took turns keeping watch on the stone house below, each allowing the other a nap as the rain tapered off and the sun rose through a grey, then a pinkish-yellow, and finally a clear blue sky.

“Psst, guv’nor, wake up!” Stokes’s elbow in David’s ribs was like a mule’s kick.

The two of them rushed out of the carriage to get a better look.

One in yellow and one in pink, they seemed like serene spirits of the morning, strolling arm in arm to a very fine barouche — not Marston’s closed carriage — that awaited them at the end of the garden path.

David couldn’t see their faces from atop the hill. But the early morning sunlight illumined their costumes and postures. The lady in yellow wore a large bonnet that seemed to shadow her face, while the one in pink, the taller of the two, walked with an oddly familiar upright grace and had her hair hidden in a white turban.

He watched her in a sort of daze, immediately captivated by the set of her shoulders rising from her shawl, the bold tilt of her head under that white . . .

But of course he would wear a turban. The sudden thought seemed to explode out of nowhere, like fireworks. A turban was just the thing, David realized, to keep his cropped hair — no, he corrected himself, her cropped hair — from drawing unwanted attention. For it was becoming utterly, wonderfully clear to him — his body perceiving it while his mind struggled to keep up — that Marston was a woman, no matter how cleverly he (no, dammit — she!) managed to go about London disguised as a fashionable, elegant dandy.

A woman. A beautiful woman. The person I’ve been burning and aching for all this week is a woman.

He stared at the curve of her neck — how white, how beautiful without a cravat to hide it — as though he were in a dream. No: much, much better — he was waking from a dream.

And so Stokes — dear, good Stokes — was right about me after all. For I clearly ain’t no Nancy boy. He felt a sudden strong urge to hug his companion, but instantly thought the better of it.

The two ladies had arrested their walk, scanning the sky, possibly, for signs of any more storm clouds. David froze. In another moment they’d catch sight of him and Stokes up here on the hill. Could she recognize him from that distance? Especially as Stokes removed his big hat and waved it about in what seemed to be a cordial greeting and gesture of frank admiration.

Stokes! For if David could see the truth so clearly, surely Stokes . . .

He sneaked a sidelong glance at his companion. But Stokes didn’t seem to see a thing. 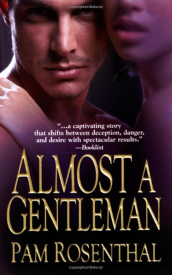