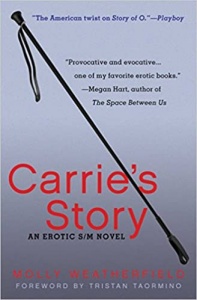 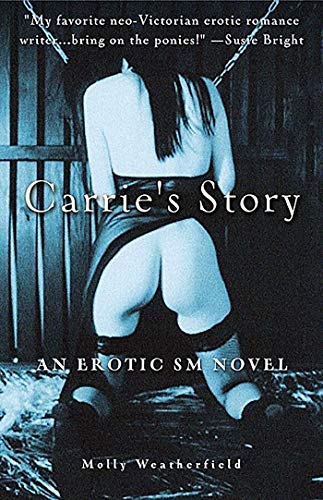 Meeting Cute and Pathological Politeness: Our intrepid heroine tells how it all started

The party wasn’t my kind of scene at all. It was given by a rich lawyer who seemed to know film people. I was there because my roommate Jan wanted to be a filmmaker, and was sort of sniffing at the outside of that scene. We’d gone to a movie in the City and had run into some people she almost knew, and they brought us along to the party. It was the kind of party you feel self-conscious at if you’re dressed like I was — black jeans and a San Francisco Mime Troupe tank top. It was a rare warm San Francisco night in October. Women were wearing fantastic silky floaty-looking things, and men were looking very pulled-together, all GQ and Armani. Jan seemed to be having a good time with the film people. I got a beer and drifted around, feeling shy.

They were showing videos in one of the rooms, on a huge high-resolution screen, so I wandered in and sat on the floor, figuring that this would keep me from feeling too lonely and at loose ends. I caught the last fifteen or twenty minutes of “Tribulation 99,” which made me glad, for the first time, that I had come to this party.

Then, somebody put on an S/M film. It was awful, clearly playing for camp value, and, I gathered from the hoots and conversation attending it, because somebody at the party had — when in desperate financial straits years ago — shot it or directed it or acted in it or something.

It was all very trashy and inept, but I got into it. Actually, it was very embarrassing that I got that deeply into it. I felt my cheeks get hot and I found myself staring and sweating a little and going slack jawed. Quickly I shook myself out of it, hoping nobody had noticed. The lights came on and I started out of the room, when Jonathan sort of materialized and fell into step beside me.

“They really are in that business, you know,” he smiled charmingly. “I’ve met them.”

“You mean the people in the movie, Sir Jack and Mistress Anastasia?” I was proud that I could answer so calmly. “Are they good at what they do?”

“Actually, yes,” he said. “They’re not very glamorous, but, well, yes, they are good at what they do.”

I had no idea what to say next, it suddenly occurring to me that I was talking about S/M to the most gorgeous man at the party. Thin, tan, intelligent looking. Little black pearl stud in his ear. He wore the loose, elegant suit as though it were no big deal, and those wonderful, animal brown eyes were sexy, friendly, and cool enough to pretend he wasn’t having to put me at ease.

Oh my goodness, I thought. Wow. Middle, maybe late, 30s. Rich. Straight, or mostly so, anyway. And beautiful. I’d never said it before about a man, even to myself, but there it was, he was. I felt gawky and somewhat sweaty. And tongue-tied. But I did like to look at him, so I did that. Which he had the good manners to accept as a compliment. And continued chatting, pleasantly and intelligently, not following up on Sir Jack and Mistress Anastasia.

We went out to the balcony and sat on a stone balustrade, overlooking the bay. And pretty soon I was telling him about school and literature and what I was actually interested in. Which was troubadour poetry, which got us talking about the south of France. He was smart and well-read and he seemed to know everything about medieval architecture. Not that I really care a whole lot about medieval architecture, but I’m sure he’d picked up on how I’m an incredible sucker for expertise — of any kind, really, short of maybe earned run averages and runs batted in.

Until finally he put his hand on my arm and took a deep breath. Oh my god he has AIDS or something, I thought wildly. But.

“Look,” he said, “you’re pretty and very bright and I like you, but that’s not why I’ve been talking to you for the last hour. The thing is, I’m got something much more serious in mind. I want you to be my slave.”

Oh my god and ee-yew, gross. Talk about your conversation stoppers, I thought — this certainly gives a whole new meaning to what they call “meeting cute.” I just stared for a minute while I carefully considered whether there was any chance I hadn’t heard him correctly. But Jonathan has wonderful diction and it was quiet out there on the balcony and my hearing is just fine, so there was really no mistaking what he’d said. I slid off the balustrade and turned to go.

“Uh, well, it’s been nice talking to you,” I stammered. Damn, he had seemed so fantastic, and it turns out he’s just majorly sick. But it would make a great story. I could already imagine telling it.

Thirteen and a half. Almost fourteen. I mean that’s how old I actually had been when I found that copy of Story of O. Of course, that’s typical of Jonathan’s almost pathological politeness — one of the little things I learned from him that it never hurts to give the other guy credit for a little more charm or precocity than he or she actually possesses.

So probably he knew he was flattering me a little, in a kind of perverse way, but he obviously also knew that, in all the ways that counted, he was dead on right. S/M porn was one of my secrets. I didn’t understand why I liked it, but I knew it was important to me. It seemed to occupy a space in my head next door to the more typical romantic passions — little girl crushes on actors and rock stars and even some English teachers, the silly sweeping pleasure I always get reading Jane Eyre. And — Jonathan had made it so embarrassing — the romantic feelings I’d been having talking to him before the conversation had taken this disquieting turn. I felt very frightened and exposed.

But I had to say something. Enough about me, let’s talk about you. “You got good at it hanging with Sir Jack and Mistress Anastasia?”

“I hang with a much better class of pervert. Well, my friends are richer, anyway, and they’re a lot prettier. But you’re right, in a way. I do respect those silly-looking guys from the movie. It takes passion to act out your fantasy when you’re gonna look so graceless. I’m good at spotting passion — sincerity, maybe. I spotted you.”

He reached into his pocket, found a piece of scrap paper and scribbled his name and address on it — in predictably tiny, super-legible writing. “For a good time,” he said, “come by, tomorrow at 3.” And wandered back into the party.

A star is born, I thought insanely, and noticed that my jeans would mop up the whole terrace, at this point maybe the whole mansion. 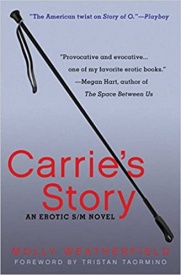